Influenced by various classic country, rock and punk rock acts, their sound has been most accurately described as follows:

“If George Jones and David Allen Coe had an illegitimate love-child who was forcibly surrendered to the foster care system and then adopted by a moderately abusive Johnny Cash, that extremely troubled child would embody the spirit of The Magnificent Day Drinker’s music.” 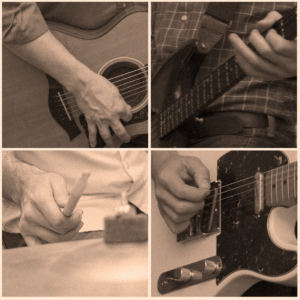